Checking the Pipes: The Chaser Tries Out Racine Plumbing in Lincoln Park

As I stood shivering last night on a Lincoln Park sidewalk, bitterly waiting for one of those waste-of-paper receipts to emit from a horrid parking box, I noticed a young couple exiting a nearby apartment building, hand in hand. “Where in the world is that girl’s coat?” I wondered, predicting pneumonia would put a damper on her holiday hi-jinks…BY AMALIE DRURYDECEMBER 15, 2010, 4:53 PM As I stood shivering last night on a Lincoln Park sidewalk, bitterly waiting for one of those waste-of-paper receipts to emit from a horrid parking box, I noticed a young couple exiting a nearby apartment building, hand in hand. “Where in the world is that girl’s coat?” I wondered, predicting pneumonia would put a damper on her holiday hi-jinks. I guess she thought she didn’t need to bundle up to walk two doors over to Racine Plumbing Bar & Grill, where I soon spotted Miss I Don’t Care to Cover-Up and her beau chowing down on a basket of the bar’s Tuesday-night special, 25-cent wings (also: $6 pitchers of Bud Light).

My friend Liz and I had designated Racine Plumbing our beer-and-a-bite destination before heading to Steppenwolf to see the Edward Albee play Who’s Afraid of Virginia Woolf? starring Tracy Letts and Amy Morton. The riveting tightly wound production comes recommended by The Chaser and, fittingly, involves the highest level of (faux) alcohol consumption I’ve ever witnessed on stage.

Anyway, back to business. I’m on a wings kick these days, and I’m not the only one: For a Tuesday, Racine Plumbing was surprisingly full. Liz and I perched on a pair of cushy bar stools, ordered two Green Lines on draft (the eco-friendly Goose Island beer; $5), and launched into our favorite catch-up topic: dudes. We don’t get to see each other very often, so when we do, the full relationship rundown is in order. The transcripts of these conversations easily could serve as fodder for the next Sex and the City movie, and since new screenwriters clearly are in order after this summer’s Abu Dhabi disaster, I hereby volunteer. Racine Plumbing, which opened in August, is essentially a neighborhood bar with a casual crowd of 20- and 30-somethings who no doubt live in non-bundle proximity; a cozy, wood-paneled interior and a surprisingly large backroom distinguish the tap from any other corner joint. The mini tacos and wings we ordered were fine—of the four sauces we tried, the sweet chili was my favorite; the jerk sauce left our mouths too fiery for three hours of theatre sitting—but their main appeal was the price: Our bill came to $23, including tax, for three beers, four tacos, and 16 wings.

“Racine Plumbing was the family business in Little Italy,” said Chris Owens, the spot’s owner who lives above the bar and who happened to be having dinner with his girlfriend a few stools down from us. Generations of Racine and Owens offspring kept the company going strong for 90 years, until it closed in the mid-1980s. “The family kind of switched professions. Now they’re mostly lawyers.” Chris himself tried the corporate route several times, working various desk jobs until he finally left for good to follow his true passion and open his own bar.

Which could be considered something of a Steve Brady move. Seriously, HBO. Call me. 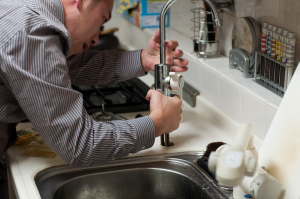 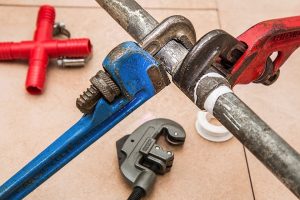 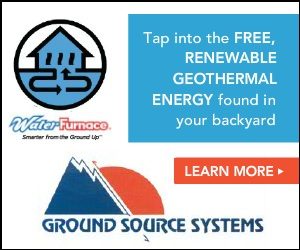 Knowing the Benefits of Both Union and Non-Union Employees

Once a stronghold of the middle class, labor unions have seen a steady decline in membership, particularly in the private sector — including in the construction industry. According to the U.S. Bureau of Labor Statistics, Read more…

Finding a good plumber or tradesman can be a nightmare, especially if you have an emergency that cannot wait. But it doesn’t have to be! Read further and learn our 7 tips on how to Read more…